Why contact tracing technology has been slow to make an impact. Ed Butler speaks to Jenny Wanger from the Linux Foundation Public Health in the US where many states are only now rolling out contact tracing apps, months after many countries around the world. We hear from Colm Harte, technical director at NearForm, the company behind Ireland’s app, which has been downloaded by about a quarter of the population. Chan Cheow Hoe, the chief digital technology officer for the Singapore government, talks about the success of digital contact tracing in his country. And the BBC’s technology correspondent Rory Cellan-Jones explains why contact tracing apps are no longer being seen as the silver bullet in the fight against Covid-19.

NBC News: “Covid apps went through the hype cycle. Now, they might be ready to work.”

CNBC: “States are finally starting to use the Covid-tracking tech Apple and Google built — here’s why”

Six months after it was announced, the tech that Apple and Google built for sending Covid-19 exposure alerts to smartphones is finally gaining momentum in the United States.

New York and New Jersey both released Covid-19 alert apps this week, bringing the total to 10 states plus Guam that have published apps using technology from the Apple-Google partnership. Seventy million people, or 21% of the U.S. population, now have access to a Covid-19 app, according to a CNBC analysis using U.S. Census data.

For the first six months of the pandemic, the US lagged behind dozens of other countries in rolling out apps to alert citizens when they’ve come in contact with someone who has tested positive for Covid-19. But states are finally rolling out a wave of apps based on open-source software that has made their proliferation faster and cheaper.

Since August, seven other US states and Guam have launched exposure notification apps. Four of them—New York, New Jersey, Delaware, and Pennsylvania—were built using open-source code from the Linux Foundation Public Health (LFPH) initiative, which is freely available to any government that wants to crib from it to develop its own app. In September, Apple and Google announced an “exposure notification express” program to allow states to launch apps without doing any in-house coding at all.

Jenny Wanger, who works with LFPH to help US states get their coronavirus apps off the ground, says eight more state apps are likely to launch by the end of October. “They’re going to be able to do it at this point quite quickly and easily and cheaply,” she said, noting that states no longer need to hire developers to build new apps from scratch. “I would hope by the end of the year to see the majority of US states with exposure notification technology.”

Vox: “Americans are one step closer to a national contact tracing app for Covid-19”

It may have gotten off to a slow start, but digital Covid-19 contact tracing apps are finally picking up steam in the United States — and may have surmounted one of their biggest obstacles to widespread use.

The states were also assisted by the Linux Foundation Public Health (LFPH) initiative, which works with public health authorities to use open source software to fight the coronavirus.

“We’re really focused on making sure to build out an ecosystem around exposure notification, and making sure that there’s open source options in order to get these apps out more quickly,” Jenny Wanger of LFPH told Recode. “And to make sure that they’re secure and trustworthy, as well as building a community for everybody who’s actually implementing these apps.” 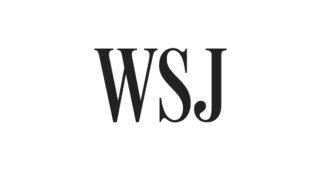 The first Covid-19 exposure-notification apps using technology developed by Apple Inc. and Alphabet Inc.’s Google are up in seven states, and are attempting to inject life into an effort that has struggled so far.

Contact-tracing is a powerful way to fight the coronavirus without sweeping lockdowns, health experts say, and mobile apps could help by automatically notifying anyone who has been near an infected person.

City A.M: “Open source should always have been the way for the Covid-19 contact tracing app”

In a pandemic, speed is critical. When it comes to developing high-quality software at speed, using open source is essential.

Siliconrepublic: “Developer of Irish Covid tracker app brings its tech to the US”

The Irish company behind the country’s Covid-19 contact-tracing app is now rolling out similar tech in the US. Waterford-based NearForm is launching the Covid Alert DE app in the US state of Delaware, in partnership with local authorities, to help track the spread of the coronavirus. 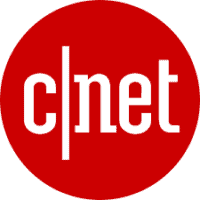 CNET: “The COVID-19 contact-tracing apps we were promised are finally here”

After launching in Ireland, Northern Ireland and Scotland, NearForm’s app based on Apple and Google technology is arriving in some US states next month.

Contact tracing is a long-established form of finding out who might’ve been exposed to a disease by asking someone with a diagnosis who else they’ve recently been in contact with. The digital version is effectively the same as the traditional approach, but instead of health professionals asking questions, your phone keeps an anonymized record of the people you’ve crossed paths with, using Bluetooth and a dedicated app, and it lets you know if you need to get a test.

WHEN YOU STREAM the latest Netflix show, you fire up servers on Amazon Web Services, most of which run on Linux. When a F-16 fighter takes off, three Kubernetes clusters run to keep the jet’s software running. When you visit a website, any website, chances are it’s run on Node.js. Linux, Kubernetes, Node.js, and many other technologies that silently permeate our lives have one thing in common: Open source.

Open source is a technology development and distribution methodology, where the codebase and all development—from setting a roadmap to building new features, fixing bugs, and writing documentation—is done in public. A governing body (a group of hobbyists, a company, or a foundation) publicly manages this work, which is most often done in a public repository on either GitHub or GitLab. Open source has two important, and somewhat counterintuitive, advantages: speed and security.